How would you rate this info?: 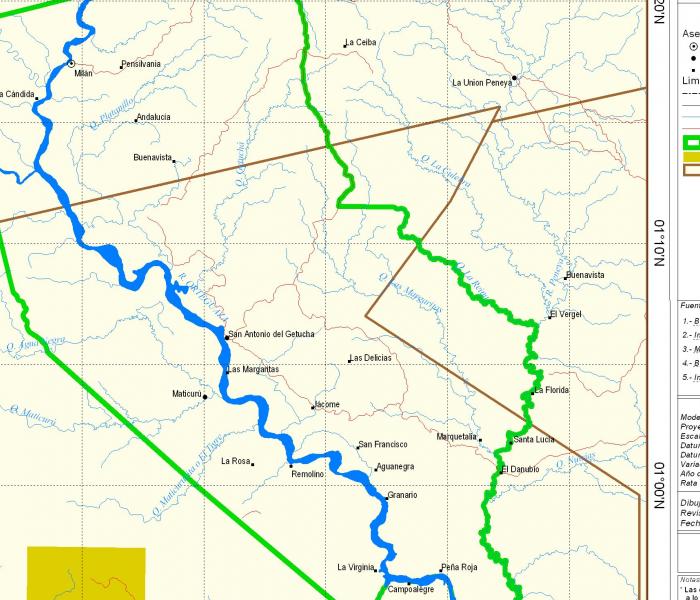 The municipality of Puerto Milan is located in the region of the Colombian Amazon, with predominance of land semi wavy and flood plains. The main water source is the Orteguaza River with its tributaries the Bodoquero River and fish, the streams of Platanillo and Getucha.

The municipality of Puerto Milan according to a study conducted by the IGAC is located in a humid zone with volumes of rainfall 2673 mm in annual average, presenting a period of increased rainfall that usually stretches over nine months. The Orteguaza River flows into the Japurá River and this in turn in the Amazon River, thus becoming a tropical rainforest ecosystem, presented a high degree of biodiversity represented in species plants such as bromeliads, heliconias, palms among others. Animal species are tigrillos, primates, borugas, guaras, yulos, armadillos and different birds like parrots, backpackers, herons, pavas and hawks.

The municipality of Puerto Milan does not have currently Airways within its territory, air ports more nearby are located at the military base of Larandia and Florence.

The municipality of Milan has an uncovered main road that connects with the paved road that runs from the city of Florence to San Vicente de el Caguán, passing through the municipalities of la Montanita, Curassow, Doncello and Puerto Rico, which allows transport from Milan to any of these destinations; Similarly has secondary and tertiary routes that communicate at the head of our municipality with San Antonio de Getucha and Granario Maticurú inspection des bottling on its way to a number of trails.

River transport is for the community milanes the transport pathway more quickly and safely, thanks to the rushing waters of the Orteguaza River, which connects us river above with Arango port which is located 20 minutes from the city of Florence and down the river ends in the Caquetá river, allowing us to communicate with the municipality of Solano.